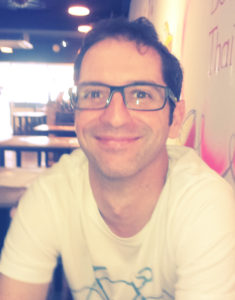 I grew up in France with a burning passion for photography. I studied audiovisual techniques and started my career as a colourist in 1999 in Paris. After 9 years working for several major post-houses in France, I moved in few European countries to expand my skill set. Still Looking for more creativity opportunities and to hone my expertise, I moved to Mumbai and then to Kuala Lumpur.

I had the opportunity to work with director form all over the world and work on best TV commercial branding and creative independent feature films. My experience in film Lab as a film scanner and a film recorder manager helped me a lot in continuously improving the DI workflow and quickly adapt myself to new technologies.

In addition to color grading I set up color pipelines and improve DI workflow with an advance color management. Which means that I am used to collaborating closely with CG artists and 3D artists.